As seen on my patio this week... 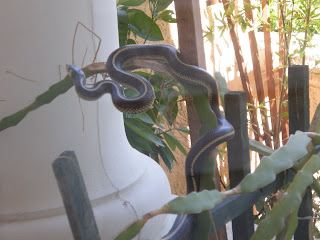 (photos taken through the window- I'm no dummy!) 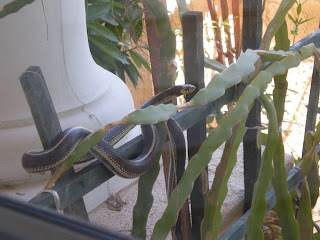 Actually there was very little to worry about, it's just a garter snake...but he was BIG!
Now this furry behind managed to wedge in around the pillar the following day then would hit the dragonfruit cactus backing out...so she just settled in for a nap! 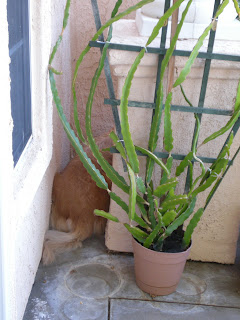 I had to move the plants away and tell her to try again. Now there's a good plant blockade in front of the gap!

Why am I showing you pictures of slithery snakes and furry Golden Retriever back ends, you wonder? Maybe because I had miserable results from three new glazes I tried out this week... This one was supposed to be more metallic than black... 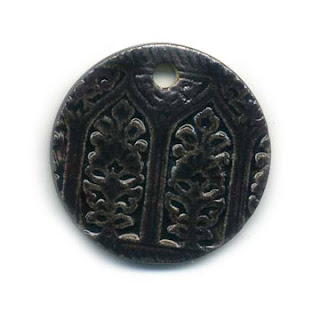 Although I don't mind this soft green shade, it's totally not what I was planning on... The question is whether or not it will replicate in the next firing. I'm not even showing a pic of the other glaze as it also turned out very very dark, almost a purply black. 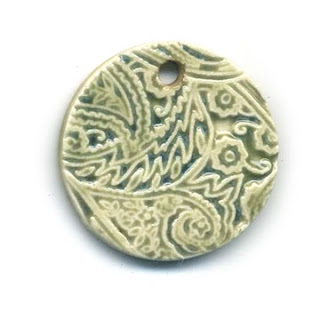 Pardon the scratchy scan on these beads but they're one of the few redeeming results in the firing, a nice bronzey finish, some a bit pebbly. 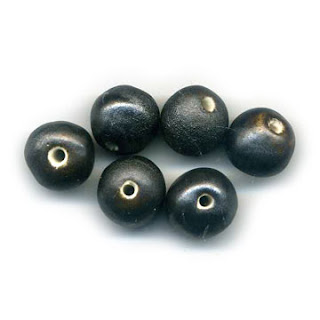 Apparently there's more experimentation to do on the new glazes, hopefully I'll have some better results to show off in the upcoming weeks!
Posted by Mellisa at 9:07 AM