So you many remember my post waaaay back where I told you all about the pupper that we thought we'd be adding to our family then found out he was already promised to another adopter?  Well, it's been a bunch more than a year but we've finally become a two dog family! 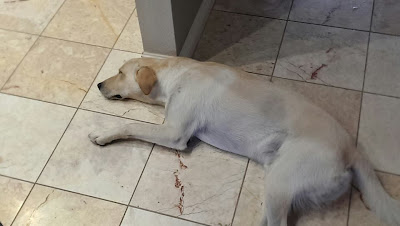 Of course, he's not the dog we thought we were looking for...we were applying for dogs through the rescue groups who were at least a year old, preferably 2 years.  I didn't think that we wanted to take on the puppy behaviors involved with a younger dog and we wanted to make sure that the new pupper was young enough to have lots of pep for our now 10 year old Golden sweetie. 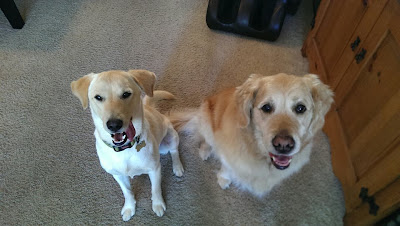 Maybe not the dog we were looking for but I think he might just have been the dog we were meant to have... Yes, he's a little bit of a stinker, still has the mouthy puppy thing going on and loves to chew (not always items that are the best choice), but he's so quick to catch on to things (maybe too smart??!) and the dogs just seem to adore each other. 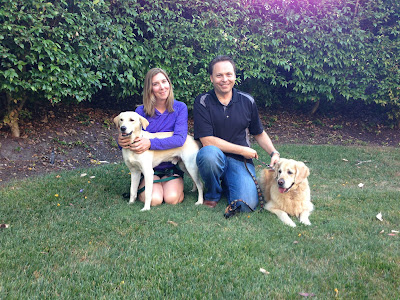 However, I've hardly been able to leave the house since his arrival on Friday and making beads has been out of the question!  Luckily he does settle down nicely to let me be on the computer so I should be able to add some of the pieces that came back from B&B to the website this week.


So, no new beads to show you although I can give you a look at how the tray was set up at B&B on The Art Bead's table... 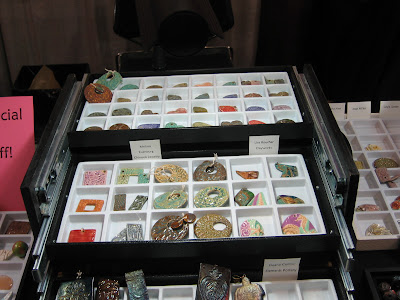 Stay tuned, there will be beady goodness soon and not just flufferness!
Posted by Mellisa at 3:15 PM