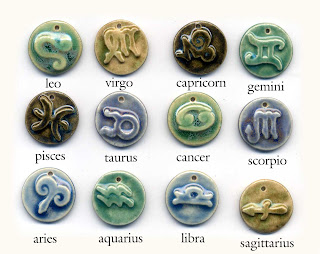 Whose birthday is it? Sorry, shameless birthday week self-promotion but a coworker was dancing around singing this to me today (and brainwashing a classroom of children to do the same) and it is now stuck in my head! (The day job does offer a certain level of entertainment value) Oh, you noticed I said "birthday week"... well, yes, I happen to be a fan of a full week of birthday celebration and reveling (previously referenced coworker stated that "it's kind of like Hanukkah" when I told him that the hubster has been giving me little gifts- mostly chocolate- on each day). The official b-day isn't until Sunday so I need to milk the final days of my birthday week for all they're worth!

I have had a wonderful week of good birthday karma... First, a surprise package arrived in the mail, it was the stunning Williams and Sonoma Holiday Entertaining cookbook that I was lucky enough to win on Sarah's blog. Such a lovely and substantial book just filled with beautiful photos and entertaining ideas. I have already bookmarked several things to try out in the near future! 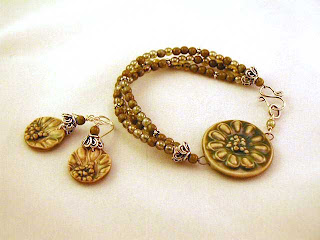 Next was another surprise package, the wonderful white box that I have so anticipated in the past but since I didn't have my act together to submit things for a few months, hadn't seen in a while... my Bead Trends January 2010 issues and the return of my Zinnia Fling bracelet and earrings. I'm particularly happy about this set making it into BT as I had sent them off to another magazine under "tentative acceptance" (apparently) where they then languished for several months (yes, months) before being sent back to me with the equivalent of a "It's not you, it's us" Dear John letter. Despite my concern post-rejection that the set really wasn't as great as I had thought it was, I decided that my ego wouldn't be that much more bruised if I received another magazine dissing so I sent it to BT with my fingers crossed. Thank goodness they liked it because in retrospect my ego probably wouldn't have taken another rejection very well! 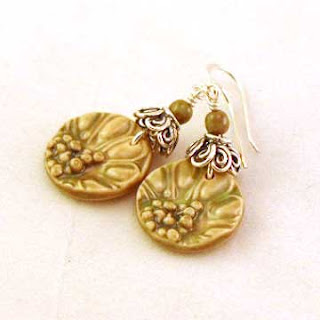 Let me enthusiastically suggest that you take a look at the issue so you can see the pieces in their properly photographed glory (actually thinking about it now it's a miracle they asked to see the pieces from these photos I have!).

Finally, to wrap up my birthday week mail surprises, I received some gorgeous seed bead work from Marcie of La Bella Joya who has been working on samples for me using my designs as cabs. I promise to have photos soon!

Now I leave you with a little eye candy from Joy who put a creative twist on one of my Sari pendants by doing a little artistic inking to highlight the design further. Thanks for sharing, Joy! 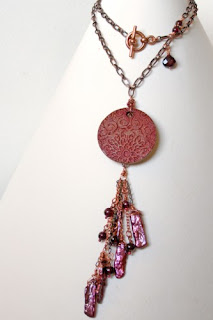