Time for another glaze naming contest! I have a couple of new glazes that I'm stumped for great names. First the new glazes that I've already named... I think I was inspired by the earthy shades in the Art Bead Scene challenge so here are Wheat and Coffee. 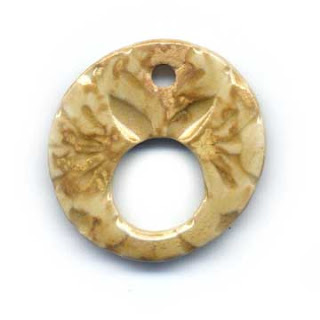 They both have some interesting variations that occur depending on the thickness that I apply the glaze. I like the ivory and camel shades in the Wheat glaze. The Coffee glaze has a lot of depth that reminds me of black coffee that's just had some creamer swirled in. 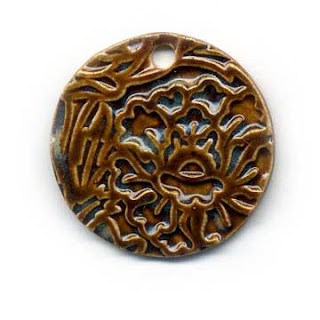 So here's what's left to be named...
Glaze #1 has a smoky base with bright, almost cobalt accents where it's thicker. 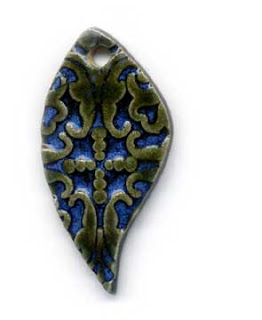 Glaze #2 is a lighter brown shade with golden undertones. I already have a glaze named Toffee otherwise I might have chosen that. It's a fair bit lighter than the Coffee glaze. 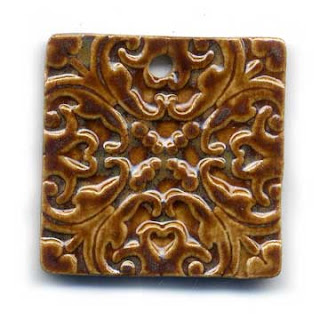 So, here's how to play- Leave a comment with your suggestion for what I should name one or both of the glazes above. If I choose your suggestion, I'll send you the pendant above in the glaze that you named. Just for fun, I'll also do a random drawing for the Wheat pendant shown above for anyone who also blogs about my giveaway. Just leave a comment with a link to your blog post to be entered!