I've logged some serious time in the kitchen the past two days in an attempt to outdo my birthday cake creation from last year for the hubster.  This year it's a Smore's Cake that I found (where else?) on Pinterest in an effort to one up another cake that I think I also found there originally, this one.  All I can say is...be very careful who you give slices of these cakes to...I think I was responsible for dramatic declines in work productivity for the hubster's coworkers and there may have been some hallucinogenic reactions to all that chocolate and sugar!

Unfortunately my cake is not looking nearly as pretty as the one pictured with the recipe (although I still expect the sugar Ka-Pow!-ness to be in full force)...perhaps it's a result of my significant modifications to the layers (i.e. eliminating the cheesecake sections in favor of chocolate cake) but I think it's more due to the ridiculous heat in my kitchen yesterday as I had the carpets cleaned and everything was open to get them dry rather than happily closed up with the A/C blasting as I've been enjoying for the past week!  So the plan is to apply frosting in copious amounts in order to cover all the flaws!

Between gift wrapping (I'm terrible, left it until the last minute this year although the gifts were purchased weeks ago at least) and final cake touches I will be adding to my website the new pieces that have been lounging around my bead table for waaaaay too long!  You'll know they're the newbies since I'm also changing out my background for the beads and taking a leap to photographing them rather than scanning them. 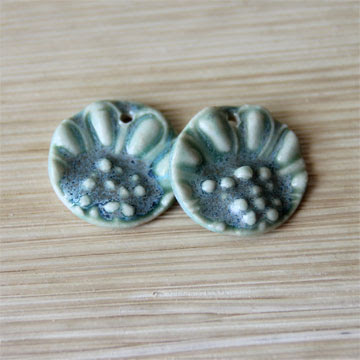 I thought scanning was the easy way out to speed up my listing process but after the time to color correct in Photoshop, etc I think it's actually easier to just photograph the beads.  I still have to Photoshop them to re-size the giant files and crop but it's relatively quick (if 2 hours of just Photoshop yesterday can be considered "quick"...).  The slow part is putting them on the website so you'll see a trickle throughout the day...at least until the hubster gets home from work and the birthday celebrations begin! 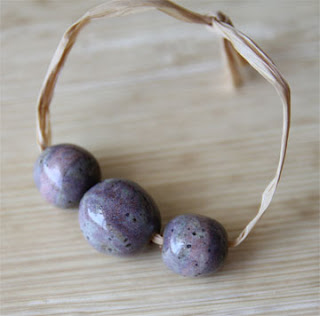 I suspect after that cake there will be no more additions to the website...I probably won't be able to type :)

So, off to frost and a BIG Happy Birthday to my wonderful hubster!
Posted by Mellisa at 9:22 AM